Deal Of The Week 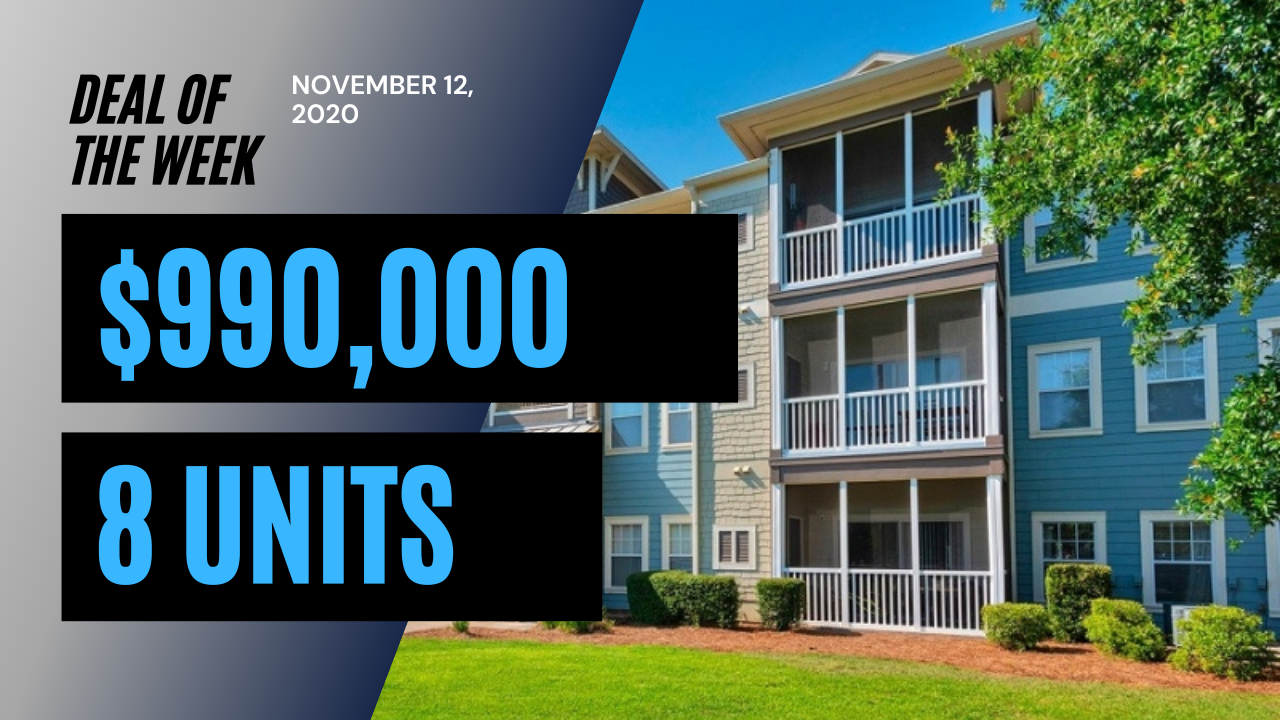 Highlights: This project is in the Tampa Bay MSA. While the project is only 8 units it is a one-of-a-kind waterfront property providing premier beach access. Located in one of the most prestigious Tampa Bay neighborhoods it is within a 3-minute walk to St. Petersburg famed 4th Street Corridor. The property is a single two-story building containing 8 one-bedroom apartments. Built in 1986, the property went through an extensive structural and mechanical renovation in 2019 bringing it up to current building standards. This also included interior improvements such as complete kitchen and bath remodels.

Repositioning: This property was originally built as a condominium. During the 2008 market correction one resident began purchasing the other units from seasonal tenants. By 2010 he had acquired all the units and was operating the complex as a seasonal and vacation rental. He self-managed the property until his death in early 2018. His family divided the properties amongst themselves and hired a contractor to complete the much-needed renovations in 2019. Since that time, the property has been unoccupied other than occasional visits by family members. Due to several external issues the family has now decided to sell.

We will acquire the property $990,000. We will be investing an additional $45,000 into site improvements focusing on landscaping and improving curb appeal. Because these improvements will be completed in less than a month, we will be able to shift the project to a fully tenanted cash flowing asset within 90 days.

Subscribe to our newsletter
Thank you! Your submission has been received!
Oops! Something went wrong while submitting the form.